How to Model Family Spending During the Covid-19 Pandemic 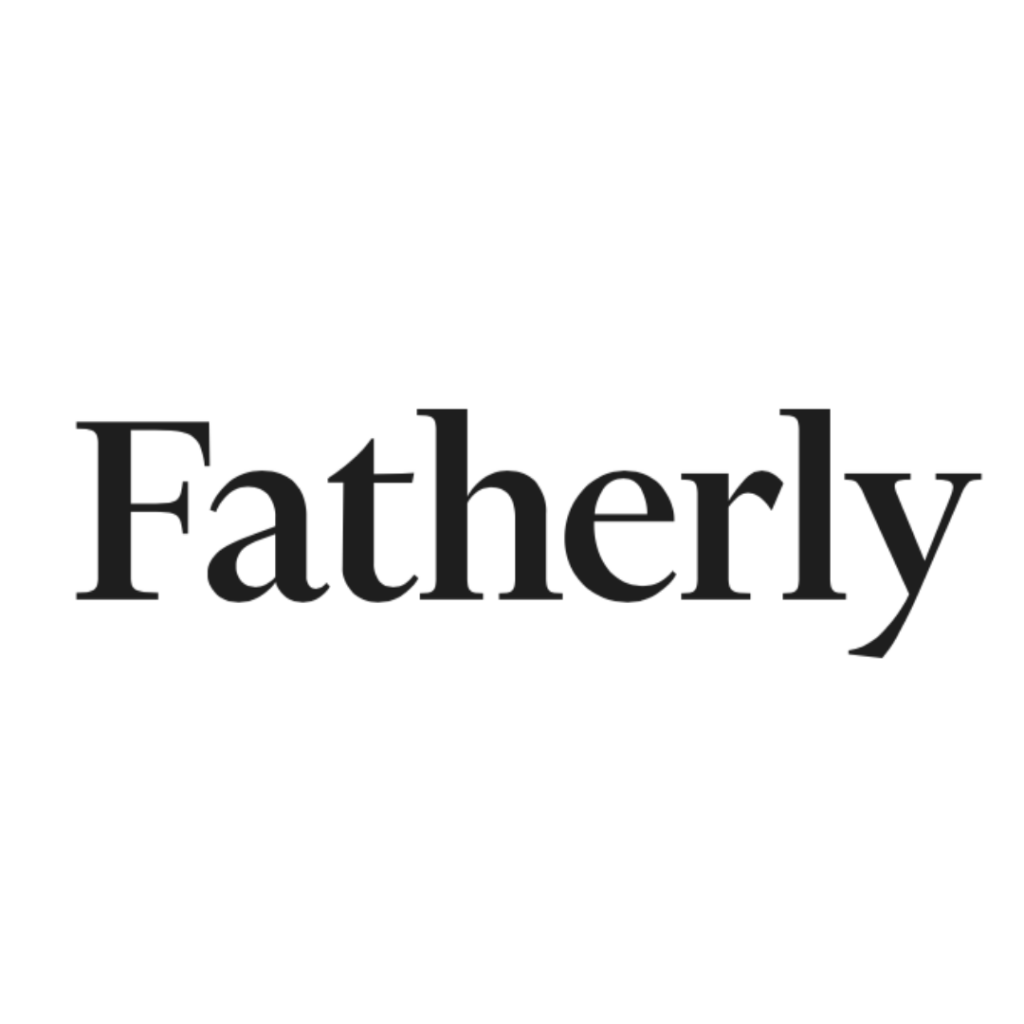 Getting a handle on spending during this new normal will help families succeed in the long run.

Under COVID-19, money’s causing almost as much dread and panic as the coronavirus pandemic itself. Roughly 17 million Americans filed for unemployment benefits over the course of four weeks in late March and early April. About one out of 10 American workers lost jobs, with hotel, food service and healthcare employees among the hardest hit. While boosted unemployment insurance benefits and stimulus checks can take off some of the edge, economic pain is palpable across America, with cars lined up for miles outside food banks struggling to keep up with unprecedented demand for emergency aid.

As politicians debate when to reopen the economy, no one’s sure what reopening will look like. Will stir-crazy consumers kickstart capitalism by rushing to newly reopened businesses? Or will we all be too shell-shocked by the pandemic to spend with pre-COVID abandon?

It’s understandable if you want to pull the blankets over your head, stream another episode of Ozark, and tune out financial discussions. But you’d serve yourself well by facing it today. After all, getting a handle on your finances — and modeling proper family spending during the pandemic — will help your family manage an uncertain and precarious future. As Texas wealth advisor Brandon Renfro points out, there’s a divide between those who have already been directly affected financially and those who haven’t just yet.

“Where I’m seeing trouble is with the group that hasn’t been affected financially,” Renfro says. “A chunk of that group simply has not been affected yet.”

Renfro’s not advocating fear. But he is asking that people have a healthy appreciation for the fact that there are still a lot unknowns about how the economy will react over the next several months. “I think planning on spending that stimulus check on non-essential expenses isn’t the way to go,” he says. “Most families would be well-served to consider holding that for liquidity if they think they don’t immediately need it.”

Quarantine presents everyone with opportunities for recognizing non-essential expenses. With everyone stuck inside and bars, restaurants, and retail stores closed or reduced to curbside service, March’s credit, debit card, and bank statements are probably emptier than January’s or February’s. With fewer purchases to sort through and heightened worry about future income, families can see how they’re spending and where they can save.

“A possible silver lining to the current quarantine is that you can figure out the bare-bone minimum cost to live your lifestyle,” says Rhode Island financial planner Jake Northrup

Thrifty habits are indeed flourishing as stores remain closed and pandemic fears driving people indoors. Under quarantine, yesterday’s budget hacks, from home cooking to avoiding extravagant trips and luxury purposes, have become matter-of-fact ways of life for many people. “They are cooking at home without even thinking about it,” Torrance, CA financial planner and mom of three Tara Tussing Unverzagt points out. “They aren’t getting their hair and nails done. In general, most people are just naturally spending a lot less.”

But just because you’re spending less, doesn’t mean you can overlook family budgets. Fifty two-year-old San Diego school administrator and mother of three Kacy Smith’s family was saving money from transportation costs but took her savings a step further.  “We make a point to have weekly budget meetings and have adjusted our goals temporarily,” she says. “Being on the same page is huge. We know our plan and are able to stay more focused no matter what we’re faced with.”

The Smiths shifted money originally earmarked for gas to their food budget, offsetting their higher-than-usual grocery bills. Then Smith hunted for more ways to cut spending. After canceling recurring subscriptions for clothing, cat litter, magazines, and apps, she called her cable, internet, and phone provider and negotiated a $30 lower monthly rate. By doing these small things, she says she was able to shave $289 a month off their budge.

Smith’s mortgage provider couldn’t give her enough information to make her comfortable with deferring payments but she had more luck with creditors.

While COVID-19 closures force Americans to spend less on restaurants, quarantine life is capable of driving up the cost of food, as Larry Duffany, a 55-year-old father of three from Thomaston, CT. He says that, because they are all at home, the family’s grocery budget has gone up. But he believes the eating’s driven more by housebound boredom more than hunger. “For that reason, I’ve set up my ‘classroom’/office as far from the kitchen as possible.”

Along with food, Duffany says sheltering in place has ratcheted up utility costs. “Again, because we are home our bill for electricity has shot up as well,” he says. “We’re all home and we’re all using devices.”

Duffany’s one of many Americans who’ve lost a once-reliable source of secondary income under COVID-19. His part-time work as an American Heart Association instructor depends too much on in-person instruction for remote learning. Cheaper gas and less driving, along with canceled kids’ activities and reductions in healthcare costs offset the shortfall, mostly.  While he’s already lost a side gig, he’s bracing for the possibility of losing his main one down the road. Like many Americans, he’s uncertain whether his job will survive months of economic doldrums. He works at a private school and his job depends on enrollment, which could dip due to the economic downturn.

“I’m throwing extra money into savings right now to hedge the possibility of job loss down the road,” he says.

With 81 percent of large advertisers cutting ad and marketing spending, many creative professionals are out of work across the globe. Welsh father-of-two Brett Downes’ income as a digital marketer was decimated by coronavirus when his clients slashed their budgets. His wife’s income covers bills but he’s otherwise being inventive about other costs, including taking advantage of the U.K.’s three-month payment holiday for mortgage and credit card payments.

In addition to cutting coupons and harvesting vegetables from their garden, Downes’ family has cut costs with a move that many might find unthinkable in a time of widespread streaming content binging: he put Netflix and Disney Plus on hold and transformed his family’s leisure time. “We spend our evenings playing board games and using the House Party App,” he says.

Besides increased unemployment benefits and stimulus checks,the federal government has offered options for struggling Americans. Paul Flanagan, a father of two in Dallas who owns the undeveloped land sales company Land Cravings, took advantage of one stimulus measure to cut down his mountain of credit card debt.

“With the feds approval of waiving the penalty for early withdrawal of 401 and IRA distributions, we decided that it would be a good idea to pay off all that high interest credit card debt with my IRA,” Flanagan says. “There was enough money to reinvest in other assets after becoming credit card debit free.”

Financial experts urge caution for those considering dipping into retirement accounts to pay off consumer debt. Duffany recommended dialing debt payments to minimums to hold onto cash in case the crisis drags on longer than predicted. But unlike retirement investment accounts, which fluctuate with the market, paying off debt has a guaranteed rate of return by negating credit card interest rates.

“As long as you have a concrete plan to avoid credit card debtagain, withdrawing money from an IRA can be a very much needed fresh start at this point,” he says.

Unverzagt noted that early withdrawals from taxable accounts like 401Ks and IRAs still entail taxes. “But I also think right now boosting your contingency/emergency fund and/or paying off debt is important,” she says, adding that going debt-free is less important than an emergency fund. “Paying off debt early is only a good solution if you are solid in your contingency fund and able to pay your day-to-day bills even if things go south in the future.”

But while it’s important to keep your eyes on tomorrow, escaping the grim realities of today can feel much more urgent and just as necessary. Brooklyn father of two and higher education professional Phillip says he and his wife, both white collar professionals, have spent years living within their means and putting away money for a house. Now stuck inside their city apartment without access to outdoor space, they’re searching for a house to rent for the summer. As he’d still be paying rent on his apartment while leasing the house, he knows the move would set his home search back significantly while offering nothing in terms of investment or equity. But in consideration of the circumstances, he believes it’s worth the trade-off.

“We said let’s take a year or eight months’ worth of what we had been saving towards a down payment and go live somewhere nice for the summer because we can do that, he says. “If it sets us back a year, that may help our sanity in the long run.” 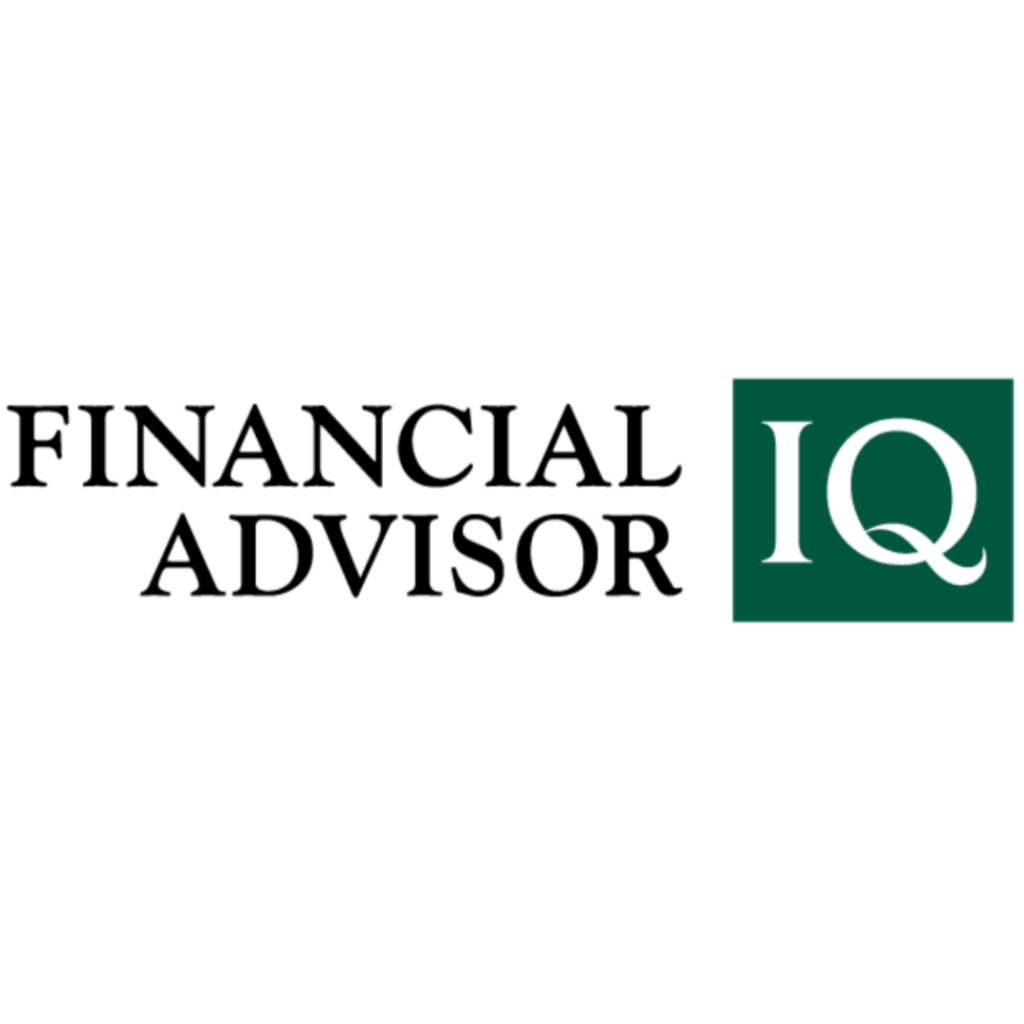 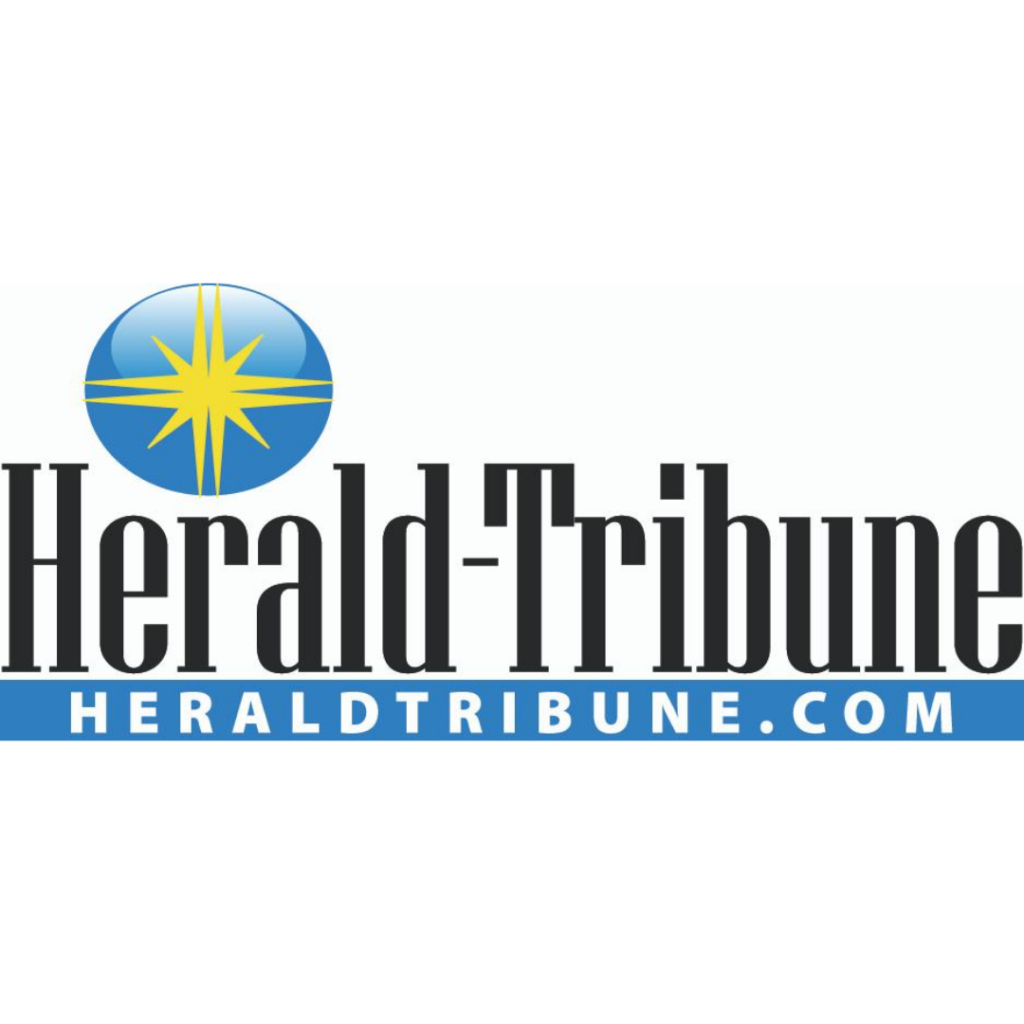 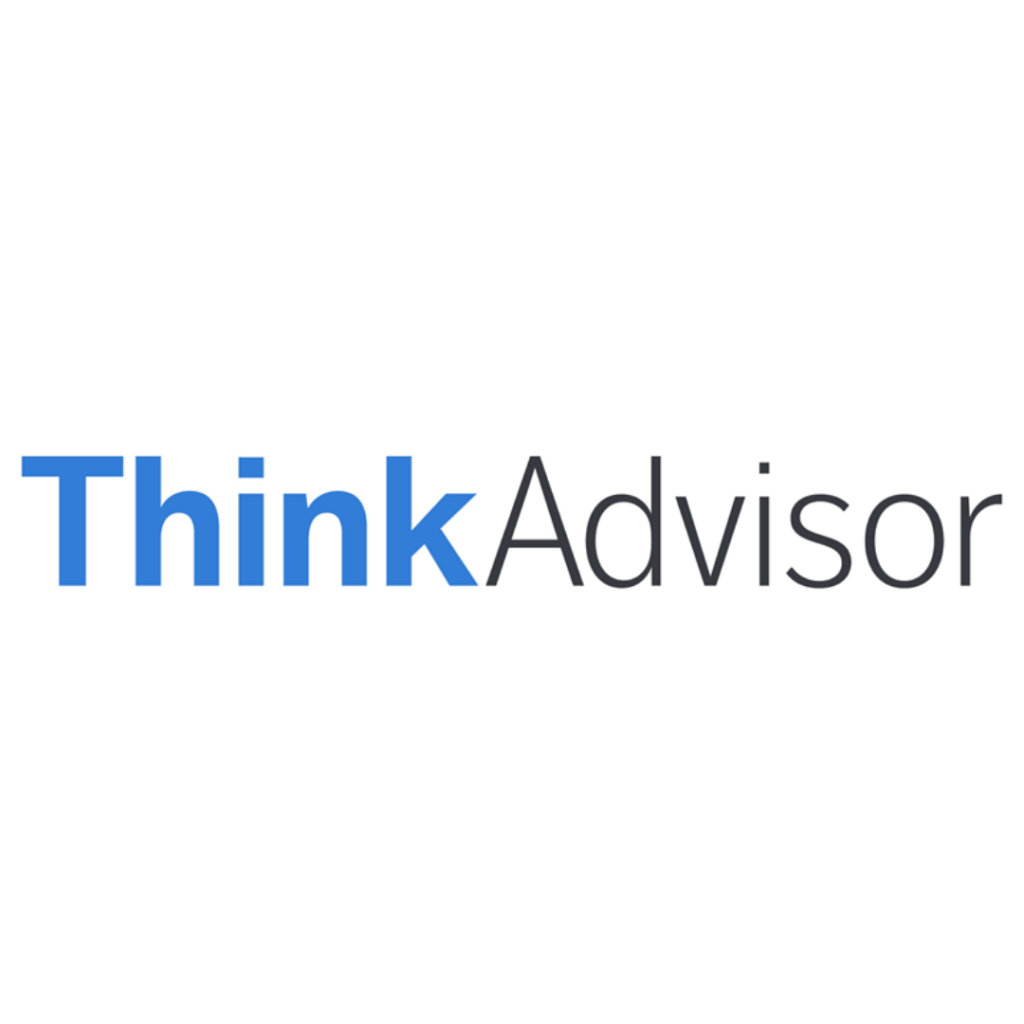 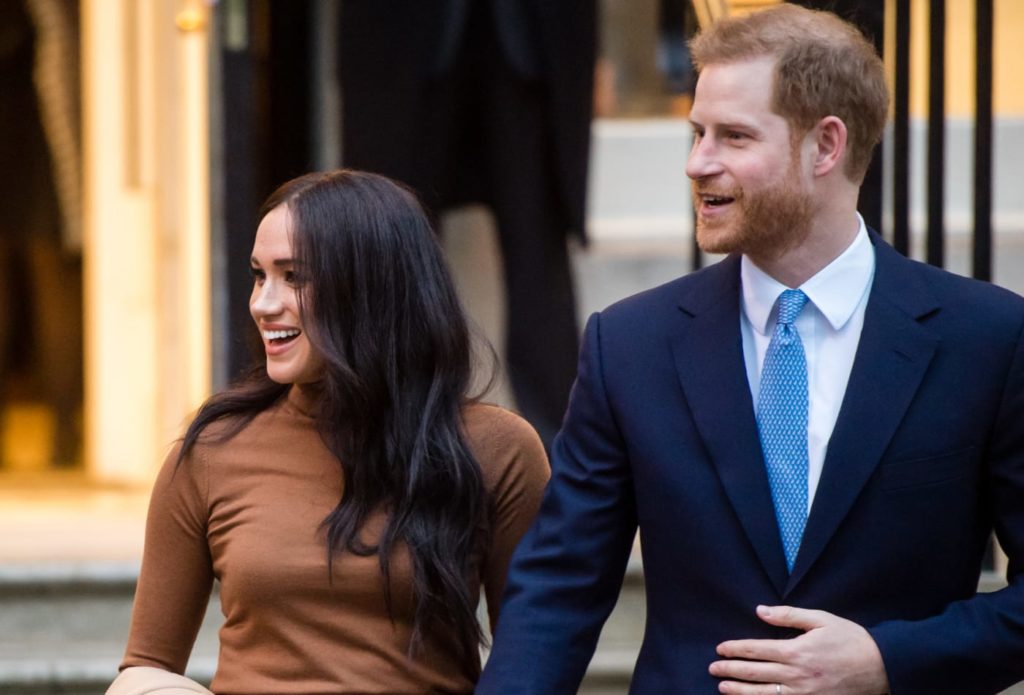 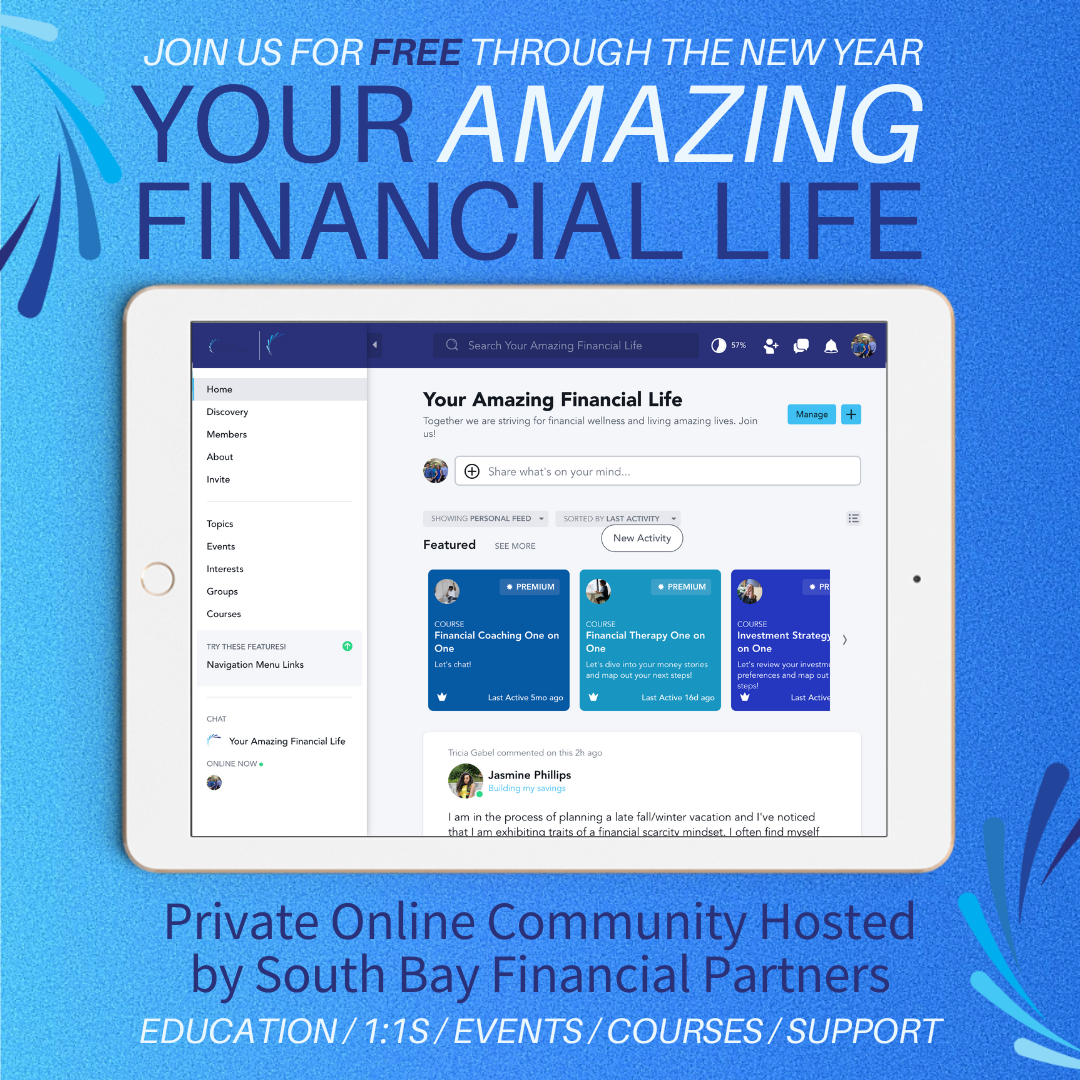